Campbellsville High School track teams finished in seventh place at the first meet of the season on Wednesday, March 13, in Green County.

In the 200-meter dash, eighth-grader Alysa Howard was ninth and O’Rafferty finished 12th.

In the girls’ 4×100 and 4×200 relays, the CHS team finished in fifth place. The team is made up of Epps, Frashure, O’Rafferty and junior Jasmine Coro.

McAninch was first place in the high jump.

In the shot put, junior Ashalique Adams was 12th. And in the discus, junior Siera Owens finished 12th.

In the 400-meter dash, senior Joe Pipes was seventh, sophomore Jeffrey Sustaita was 10th and junior Lathan Cubit was 15th.

CHS senior Ian McAninch was sixth in the 800-meter run. Luke VanWinkle, a freshman, was 13th.

Ian McAninch was second in the 3,200-meter run.

In the 4×100 relay, the CHS boys’ team was second. The team is made up of Cecil, Johnson, Wheatley and senior teammates Charlie Pettigrew and Daesean Vancleave.

The boys’ 4×200 team finished first. The team is made up of Pettigrew, Vancleave, Johnson, Cecil, Pipes, Cubit and sophomore Reggie Thomas.

In the 4×400 relay, the CHS team was fifth. The team is made up of Cubit, Pipes, Evan McAninch and junior Mark Rigsby.

In the high jump, Evan McAninch was fifth and Rigsby was 10th.

In the long jump, Thomas was third, Pipes was ninth and Sustaita finished 19th.

Dicken was seventh in discus throw. Taekwon McCoy, a junior, was 14th and Milburn was 19th.

The CHS track team will compete again on Thursday, March 21, at the Taylor County campus.

Katie Wilkerson and Steve Doss are the track coaches. Malique Spaulding is assistant. 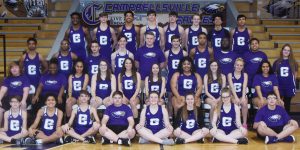 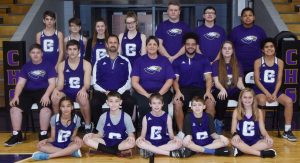 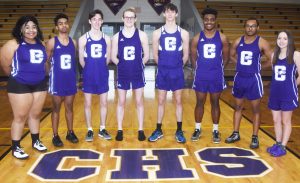 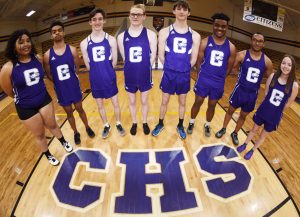