Johnson, who graduated from CHS on Saturday, May 25, signed his letter of an intent during a special ceremony on Tuesday, May 28.

“So, congratulations to Tristan and his family on this accomplishment,” Jones said. “Anybody who knows Tristan knows that he’s an athlete.”

Jones said Johnson prides himself on taking care of his body and being athletic.

“I know he will do great things over there,” Jones said.

“And what I like about our student athletes signing with CU, they’re just right across the street.”

Jones said Johnson was an integral part of the track team, but also the CHS football team in winning its back to back region championships.

“Thank you, and best of luck,” Jones said.

CHS track coach Steve Doss said Johnson is an all-around athlete, and also a solid student in the classroom.

“He’s got a good maturity about him,” Doss said.

He said Johnson has stayed fit all throughout high school, which has helped him compete athletically.

“That takes a lot of maturity to be disciplined like that,” Doss said.

“He’s got a lot of potential in a lot of different areas,” Doss said.

Going to the next level of competition, Doss said, will help Johnson realize his full potential in the track and field arena.

“I’m proud of him,” Doss said. “And I’m excited to get a chance to see him compete.”

Johnson said he couldn’t have pursued his athletic and academic ambitions without the help of his mother, Marsha.

He said she helped him begin workouts at a young age, at the gym she owns in Campbellsville.

Johnson and several of his teammates will compete in the KHSAA state track meet in Lexington on Thursday, May 30. 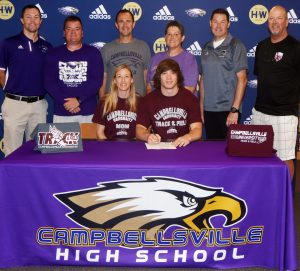 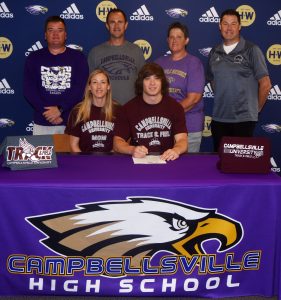 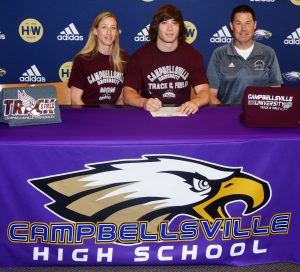 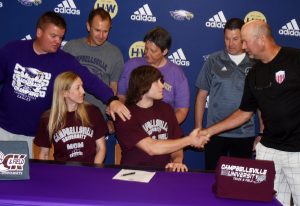 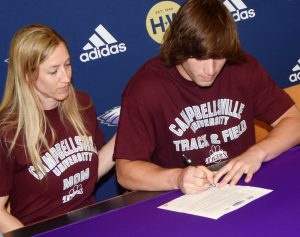 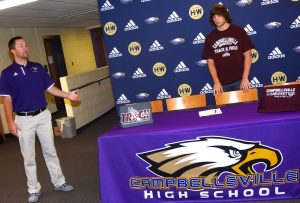 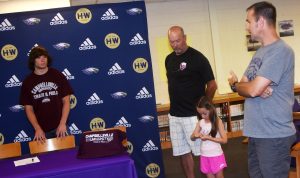 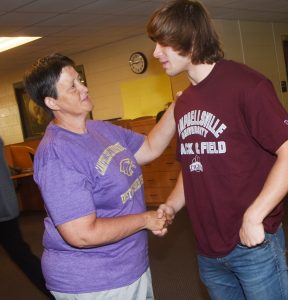