He signed his letter of intent recently in a special ceremony with friends, family members and coaches.

Tim Davis, athletic director at CHS, said Sanders is a special young man who meant a lot to the CHS boys’ basketball program.

Davis, who stepped down as boys’ basketball head coach after last season, said Sanders played at CHS for two years but he and the other coaches would have loved to have had him for all four.

He said he remembers assistant coach Cody Wills saying Sanders would be a starter for the team, after watching him during drills in practice.

Davis said it doesn’t happen often that a player transfers to CHS and immediately becomes a leader and starting player for the team.

“And he was right,” Davis said. “We were very blessed and very fortunate that he chose to come here his last two years.”

Davis said Sanders had a major impact on the CHS boys’ basketball program.

Sanders, a guard, averaged 18.2 points per game for the Eagles.

“Not only as a player and what he did on the floor, but his leadership and his hard work,” Davis said. “He’s one of the hardest working kids we’ve had.”

“He fit in,” he said. “I think that helped him academically, socially and with his athletics.”

A gifted athlete, Davis said, Sanders meant a lot to everyone at CHS, just by the way he carried himself in the hallway and how he behaved in the classroom.

“That’s going to take him a long way,” Davis said.

He said Sanders will do well at Aspire Academy prep school, which will give him another year to hone in his basketball skills before moving forward.

And, Davis said, the Aspire Academy campus is close enough that his CHS fans can travel and watch him play next season.

Sanders said he appreciates all those who have supported him during his time at CHS.

“There’s no telling where I’d be right now,” he said.

Sanders said he is appreciative of Davis and his family for taking him under their wing.

“They helped me become a better man,” he said.

Sanders said he wants to thank his teammates and coaches.

“They just helped me, every day, just get better,” he said.

The mission of Aspire Academy is to use basketball as a way to inspire, develop and cultivate future community leaders with academic and leadership skills as they prepare for their future. 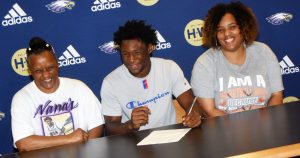 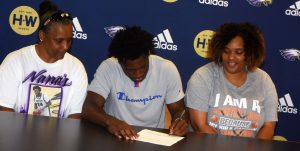 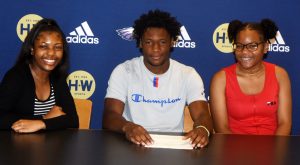 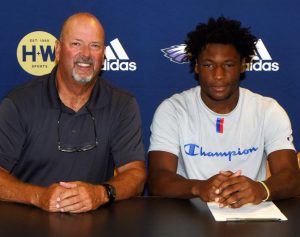 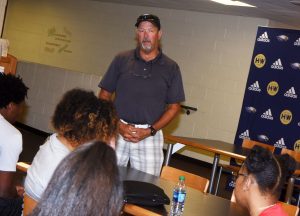 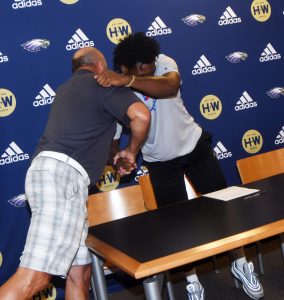