Whitaker recently signed his letter of intent in a special ceremony with friends, family members, coaches and teammates.

“I’m excited for Dillon,” he said. “I know that he’s worked very hard since he’s been here at Campbellsville.”

Jones said Whitaker has worked toward improving his baseball skills and performing well in the classroom.

“It’s a great day for him and his family,” Jones said.

He said Whitaker can often be found working on his catching skills and staying after the school day to work one-on-one with his teachers.

“He’s put in quite a few hours to better himself as a student.

“Kentucky Wesleyan is getting a good baseball player, definitely, but also a well-rounded student.”

“I know this is something that you’ve dreamed about, prayed about, you’ve worked toward.”

Milby said Whitaker’s hard work is a testament to himself, his teammates, coaches and parents.

“My only hope is that you use baseball as a vehicle for your education,” he said.

“I’m excited for you at the next level. And I’m proud of you.”

Milby said he remembers watching Whitaker when he played for another team and hoping that one day Whitaker would play for the Eagles.

He said Whitaker embraced the Campbellsville Independent Schools system, coaches and teammates and it’s been a great experience to watch him grow.

“I’m excited for what this year’s going to hold for you,” Milby said.

Whitaker thanked his parents for taking him to baseball camps and practices and all his family members for watching him play.

“I’d like to thank all my teammates,” he said. “It’s just an exciting day for me.” 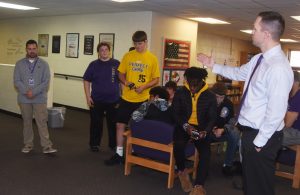 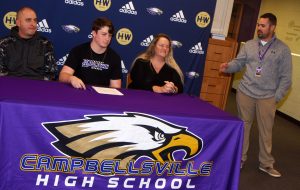 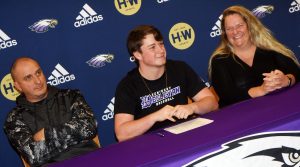 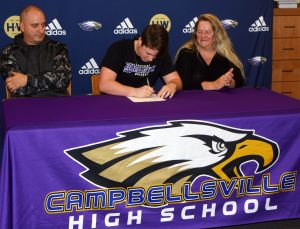 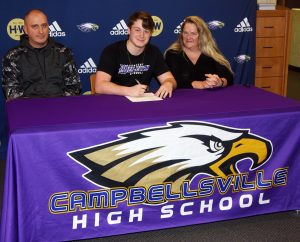 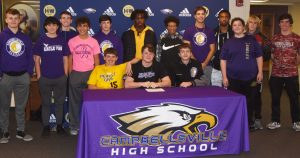 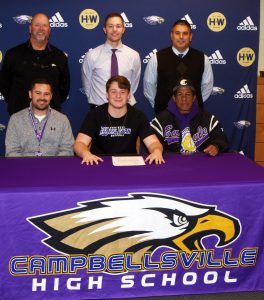 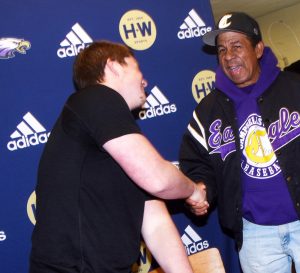 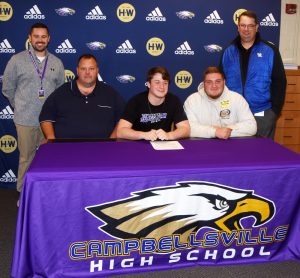 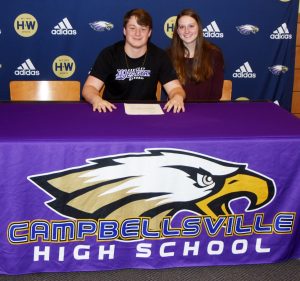 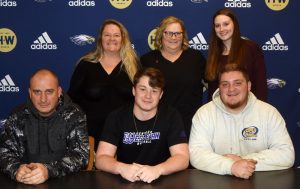